How do bilingual considerations impact design?

When faced with bilingual media, whether printed or digital, we’ll usually simply switch to the language we’re most comfortable reading and take little notice of the other. So designing bilingual media is as easy as just dropping text from another language into the same space, right? Unfortunately, this is not always the case.

Adding any second language to a design project will mean tasks take longer than usual, especially early on. How long exactly depends on the language and culture, and only research into both can help estimation as well as influence decisions on whether to challenge trends familiar to the client’s typical users.

Languages that use Latin script, for example, have a very similar overall appearance to one another, and as long as you consider the potential for slight variation in copy length, you shouldn’t run into many issues. In the past I’ve been comfortable working with two Latin-based languages in a single design (for example, Welsh and English); a Word document with copy in both languages would be handed over with a library of images to use and you’d be left to your own devices to produce a rough draft. For example, with a ‘tilt and turn’ brochure (where you flip the publication to read the other language), Welsh copy would be formatted first then the English would be added in the same template, normally with a little more whitespace as it is shorter. If this all sounds pretty straightforward, it’s because most of the time it was. 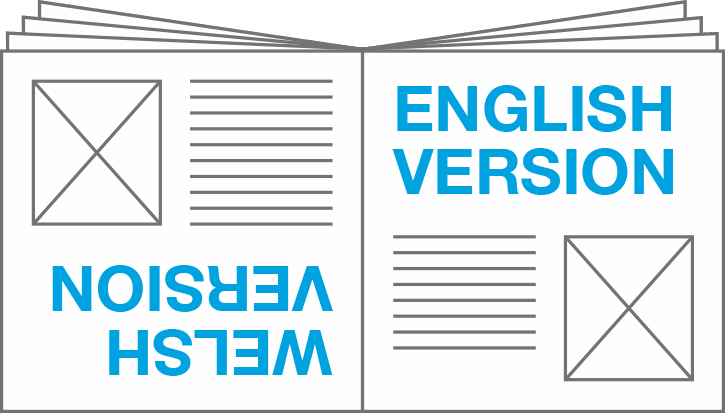 What, however, if we introduce the Georgian language, and instead of a printed brochure we instead need to create a new iPad app as well as perform a major overhaul of an existing iPhone app, Android app, public website, internet banking site and ATM screens? Now that’s not quite as simple. I have recently faced this very situation when undertaking design activities for a Box UK client based in Georgia.

1. Understanding the language and alphabet

Georgian text was quite tricky to deal with at first as I was unfamiliar with the characters and additionally had to consider limitations such as typeface selection. Many languages will have special characters that not all fonts support; however, most system fonts didn’t even support the Georgian alphabet so extra care needed to be taken when choosing. The complexity of Georgian typography also reinforced the importance of succinct messaging, visual hierarchy and good use of whitespace to enable scanning and strike an effective balance between signal and noise.

The language also seemed very long compared to English. This was especially problematic in horizontal navigation and, as a result, the information architecture needed to be carefully crafted to accommodate both languages. Working closely with Box UK’s User Experience (UX) team, decisions were made to use accordions and/or vertical secondary navigation where some tabbed panels had been originally prototyped so there was more room to fit these long translations.

When it comes to designing how content will appear, I imagine most designers are guilty of using placeholder text such as ‘lorem ipsum’ (me included). However, this can be a bad idea as it may mask problems that should be solved in the UX and design process and is more likely to cause issues during implementation, especially when adding an unfamiliar language to the mix.

In our project, using representative content in both languages helped to build a solid idea of structure and spot any translations that may have caused design issues very early on. Collaboration with the client and translation requests were also a regular thing when creating the new design templates; this ensured clear designs without compromise in either language and, more importantly, ensured there was enough flexibility to accommodate the content without affecting the users’ experience. 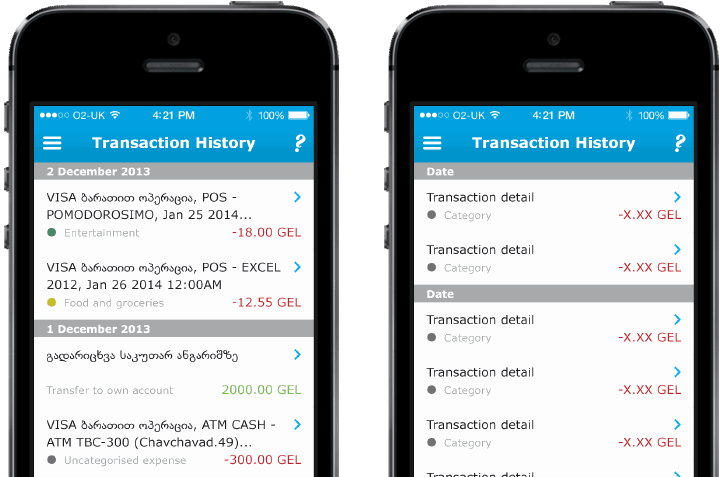 Working iteratively and ensuring there is a clear understanding between the UX and design team, the client, and developers is especially important in a bilingual project. Outlining requirements at the earliest opportunity is vital; as well as agreeing how design files will be handed over, it is important to consider whether files will be needed for both languages. In this case, it was agreed that well-structured PSD files in English were to be submitted and only key templates (where translations could be problematic to implement) would be required in Georgian too. This approach removes some of the guesswork during development and is important to manage the slight variations in the design that are unavoidable when translated. 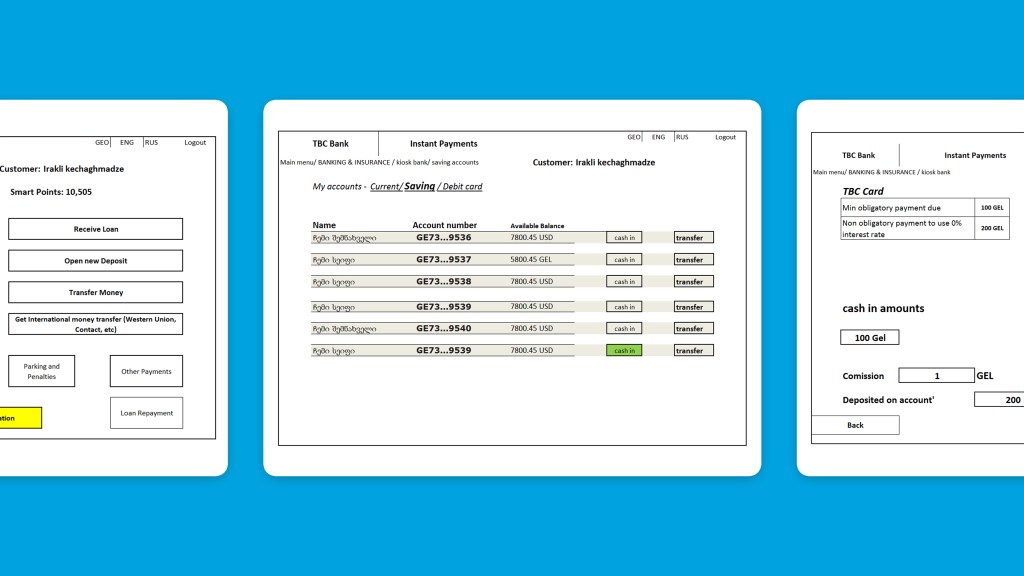 Step up your user experience game by adapting to modern user needs in the digital age.

How do I manage bilingual requirements in my software development project?

My advice for any clients and development teams involved in bilingual design projects is that using actual content throughout the process, from the information architecture and user interface/interaction phases through to the final designs, will both help produce designs that are more representative of the final product and ensure any translation concerns are raised at the earliest possible opportunity.

Collaborating with the design team and being on hand to supply translations for key templates, as well as making sure the requirements are agreed in advance, will also provide the development team with the files they need and avoid unnecessary assets being delivered.

As for the designer perspective, I think the main thing I’ve learned from working on bilingual digital designs is not to underestimate the extra work involved. The content structure and design patterns must be flexible and more consideration and constant refinement will be required. For other designers undertaking these projects, don’t be afraid to challenge decisions and ask for explanations of things that seem unconventional, and accept that you’re working with another culture and your normal recommendations might not always be suitable.

To find out more about the design services we offer at Box UK, visit the UX Design and Visual Design sections of our site – and if you’ve got a particular project you need help with, get in touch to discuss it with a member of our UX&D team.