The All Wales Therapeutics and Toxicology Centre (AWTTC) seeks to be the authority on therapeutics and toxicology – liaising with, informing and assisting healthcare professionals, involving patients and the general public, advising Welsh Government, and engaging with the pharmaceutical industry, to create a healthier, better-informed Wales. 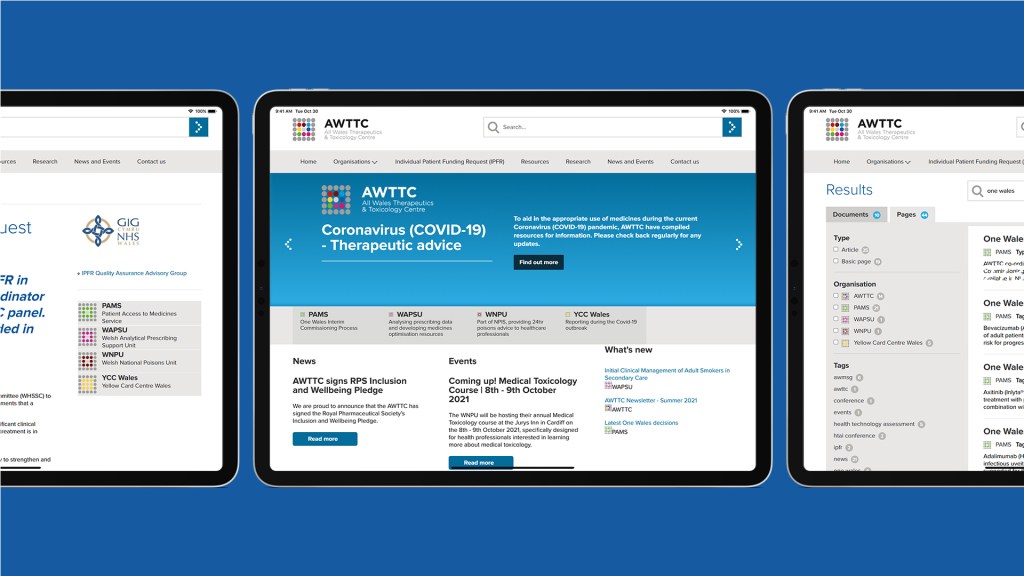 As part of their remit, AWTTC provides support to the Welsh advisory committee, the All Wales Medicines Strategy Group (AWMSG). An independent review found that there was significant confusion around the roles and responsibilities of these two groups, with many people using the AWTTC and AWMSG terms interchangeably.

A decision was therefore made to merge the separate AWTTC and AWMSG websites into a single site, built on the Mura platform that had been adopted by the NHS Wales Informatics Service (NWIS, now Digital Health & Care Wales) during the consolidation of several public-facing NHS Wales websites.

As Box UK had provided User Experience and Design (UX&D) services to drive the success of the NWIS project, AWTTC approached the team for guidance to support them in their journey – delivering expert consultancy and evidence-based insight that would ensure the new site responds to the needs and expectations of their users, and presents critical medical information in a way that is easy to find, consume and understand.

"We felt that Box UK really understood what we wanted to achieve with our new website and had the expertise and experience to deliver. Getting them onboard has meant that we have ended up with the best result - something that we couldn't have achieved without their input."

Taking a user-centred approach to the project, Box UK began by working with AWTTC to understand the purpose of each site, defining goals for the different user groups they serve, alongside core business objectives and success measures. Crucially, this activity was guided at all times by analytical insight, gathered as part of a UX audit of the existing AWTTC and AWMSG sites. This revealed the content, journeys and tasks that mattered most to users, which would need to form the basis of any new Information Architecture (IA) design. 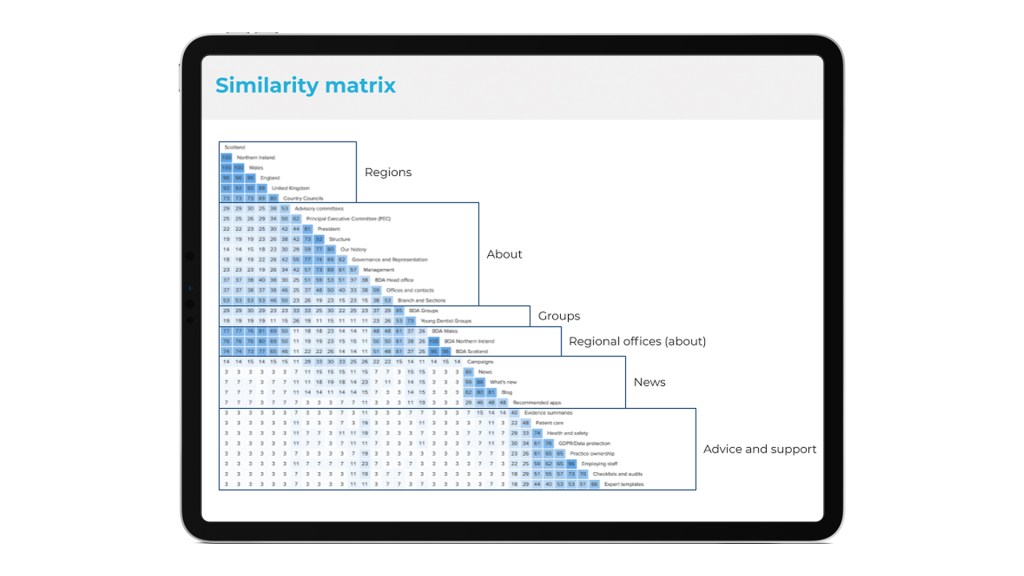 Box UK’s user experience consultants then used these priority items as the basis of a ‘card sort’ exercise, conducted with a wide range of project stakeholders and real-world users. Getting participants to group items together into categories in ways which are meaningful for them revealed that users generally prefer a user-goal led approach over the organisation-led structure that was previously being used, and provided invaluable guidance as to how areas of duplication and overlap between the two sites could be managed as they were merged into one.

The card sort pointed to a suggested information architecture that was then validated through tree testing sessions, designed to test the IA for usability and labelling. Participants were presented with a number of tasks based on the core user purposes of the site, and asked where in the IA they would expect to be able to complete this task.

Adding a further layer of qualitative insight into the process, this exercise supported recommendations for an information architecture that closely matched user mental models and behaviours, and reflected the language they would use when searching for information – supported with wireframes and designs for key pages and interactions to guide AWTTC through the development process.

Box UK has given AWTTC the understanding and outputs required to create an effective new website centred around the needs and journeys of their core user groups, presenting what is often highly complex information and terminology in a way that ensures users can easily find what they need to achieve their goals.

With analytical insight and real-world user feedback driving all decisions, Box UK was also able to bring the various project stakeholders on the journey, presenting objective and evidence-based guidance and challenging assumptions where required to maintain a user-centred focus, while balancing the needs and identities of AWTTC and its associated organisations. 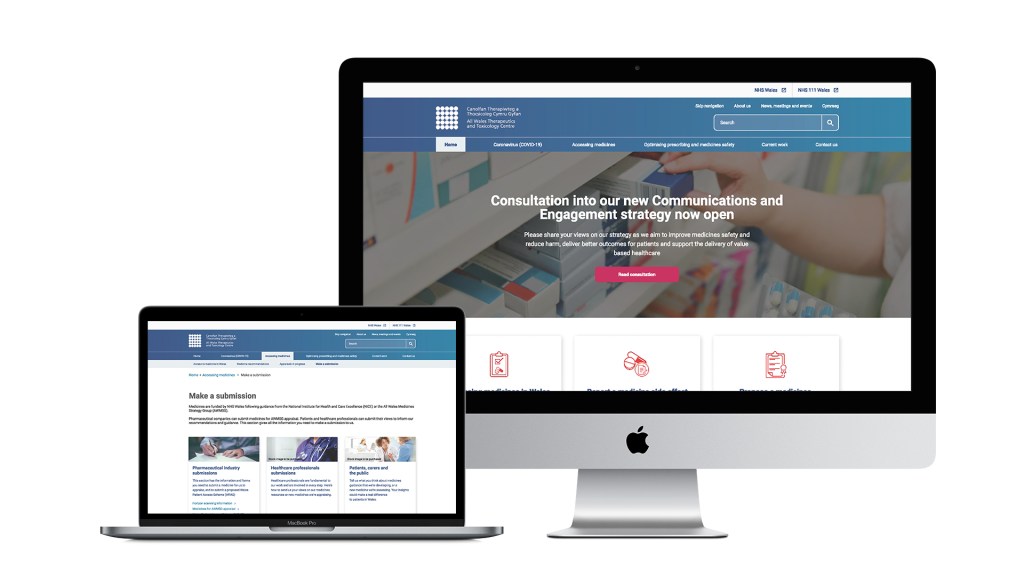 The new site is currently in development, and has already received overwhelmingly positive feedback from stakeholders. Due for launch early next year, the site will play a crucial role in supporting AWTTC’s vision, as well as driving significant efficiencies for the organisation through a consolidated approach to digital delivery.