Once again, it’s been a year of rapid change both within the technology space and beyond, with new opportunities and challenges emerging at an impressive rate. Following on, then, from our 2017 trends review, I’ve asked the Box UK team for their predictions around the digital and tech stories they expect to dominate the coming 12 months:

Here are some of the main trends on my radar for 2018:

The “war for talent”

2018 will see the war for tech talent rage greater than ever before, driven in large part by predicted changes in recruitment technology. While the UK recruitment industry was valued at £35.1 billion per year at the end of 2016 (with this set to increase still further), it’s also an industry that’s ripe for disruption. For example, a lot of systems in use – particularly by enterprise organisations – have legacy challenges, and 61% of top executives report that they are underperforming in finding the right talent for their business (as noted by Forbes). 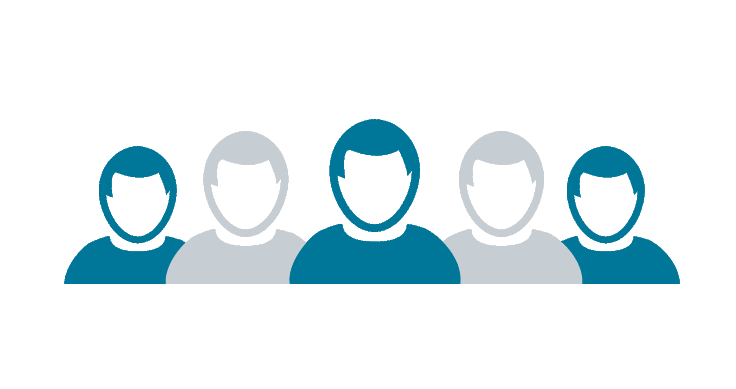 While it is possible to achieve productivity improvements by upgrading legacy software, the real disruption for both candidates and employers will occur as Google applies its expertise in search to the recruitment industry, through the “Google for Jobs” project. This looks set to transform the currently poor user experience for candidates we see typically, while also significantly reducing recruitment costs through the provision of a more targeted, personalised service.

The potential of this project is huge and, while still a daunting problem, I’m willing to bet on the incredibly passionate team at Google really shaking things up over the next year.

This isn’t a new trend, but nor is it one that is going away. As all organisations seek ways of working smarter to drive down Cost to Serve and drive up value, the multitude of technology offerings that can be applied in these areas will continue to proliferate. However, what we’ll most likely see in 2018 is great strides in tools being applied as solutions, as opposed to in individual silos; driving out greater benefits as these tools and techniques are applied across the entire value chain.

Additionally, as the amount of data captured by organisations increases, so the sophistication of analytics solutions – and the insight derived from them – will improve. Consequently, there will be a shift from simply gathering analytics data to actively acting on the insights generated; supported by improving automation capabilities. The application of these more sophisticated and automated data models will subsequently drive the development of data science, with leaders in this area likely to be scarce and so very much in-demand.

People development will be more relevant in 2018 than it has ever been before. The global increase in self-awareness and ever-increasing time spent by individuals on finding and defining their own authentic purpose, their personal values, their “why” means that leaders will need to look at different ways they can inspire.

Leadership hasn’t been about telling people what to do for a long time but in 2018 that inspiration of the entire business and supply chain will see different leaders coming through and making their mark as people learn to behave differently; learning and working together, and educating and informing clients. And all done virtually of course!

I wrote last year about fintech, the Internet of Things (IoT) and Artificial Intelligence (AI), and expect to see much more from these three areas in 2018. In addition there are a number of emerging trends I think it’s worth keeping an eye on:

We continue to consume devices/apps and data on a massive scale; however these currently don’t always talk to each other, leaving data silos across the internet. Yet with the rise of IoT I anticipate better levels of communication next year and beyond, as companies realise that consumers will expect disparate devices to function together, and so take advantage of this opportunity to drive up sales.

Your Nike running shoes, for example, may soon be able to talk to your hot water system to ensure your shower is ready for you after your run – and indeed, this can already be achieved with services such as Strava and Hive, using IFTTT.

At the moment, organisations that are using big data tend to be shielded from end-users – as this type of data processing is currently hugely expensive – and so big data insights are mostly used for modelling and research. Throughout 2016/2017 however providers such as Amazon Web Services (AWS) have started to offer much cheaper big data analysis tools/computing, opening this technology up to many more organisations and users.

This has in fact already been used for some time in industries such as financial services (where it supports decision-making around loans and mortgages), but we are likely to see it applied much more widely in 2018, particularly in the delivery of enhanced personalisation capabilities. 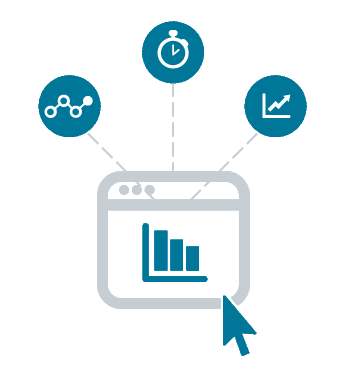 Well in honesty probably not, especially since it’s been talked about for the past 10+ years! What is noticeable though is that now over 80% of the mobile operating system share is owned by Android, which is based on the Linux kernel, and that much of this is down to tablet devices. So, while Linux on desktop isn’t quite there (yet), it is most definitely finding its way into other commonly-used devices. I also expect this to continue to grow in the coming months and year as IoT devices become more popular (many of which tend to use a cut-down variant of Linux).

For me one of the key stories next year will be around the future of Bitcoin, which is either heading to a huge correction (i.e. bubble burst), or eventual emergence as a new gold standard. Either way, blockchain – the technology on which Bitcoin (and all other crypto-currencies) rests – will become increasingly mainstream as its application extends beyond these crypto-currencies and becomes integrated into common transactions such as online purchases and electronic contracts.

I’ll be keeping an eye on the progress of a couple of interesting trends next year:

With the introduction of the General Data Protection Regulation (GDPR) next year, there is the potential for a massive shift in the way data is collected, stored and managed by applications – including, crucially, existing applications already out in the wild. It’s yet to be seen whether organisations will decide to make large, proactive changes in order to adhere perfectly to the new regulations in advance, or whether there will be a slow trickle of changes over time as it becomes clearer exactly what must be done to be compliant, but it’s clear that this is an issue at the top of many people’s priority list for 2018.

As GCP grows and continues to compete aggressively with the more established Amazon Web Services offerings, it will be interesting to observe the outcome of this increased competition. Ideally we’ll see a cheaper and/or broader range of services being made available, or perhaps an acceleration of the development roadmaps for both GCP and AWS – which would most likely benefit all who use those platforms.

The UX & Design industry is evolving rapidly, and I’m particular excited about the changes happening in the following spaces:

The increased use by organisations of website ‘bots’ to communicate with potential customers in 2017 has been significant, and I can only see this trend continuing to grow in 2018. For example, as I mentioned in my review of 2017 trends, Facebook has reported a 233% increase in bots within a six-month period, while Sephora claims that its booking rate has increased 11% since the launch of “Sephora Assistant” – both mightily impressive numbers.

And with digital leaders such as Uber, eBay and American Express also all experimenting with bots, we can expect this technology to rapidly become more mainstream as other organisations follow suit.

The limitations of the common ‘hamburger’ style of mobile navigation such as low discoverability and poor efficiency have become widely recognised within the industry, and designers have been exploring alternative navigation treatments as a result. Spotify, for example, have recently dropped their hamburger and replaced it with a tabbed menu, leading to a 30% increase in clicks on navigation menu links. 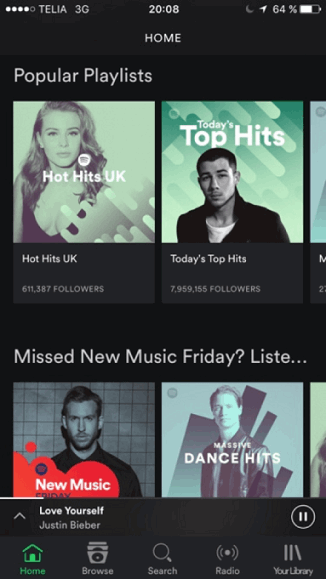 Having observed these same limitations myself in the usability testing studies we conduct with clients, I predict this shift away from the hamburger style will only increase in 2018 (indeed, you can expect to see corresponding changes on our own site next year… watch this space!).

With UX research activities such as usability testing becoming a regular occurrence within many organisations, microinteractions have started to gain people’s attention. Defined as “contained product moments that revolve around a single use case”, a great example of a microinteraction can be seen in Google’s Translate service, which repeats a translation more slowly when the ‘listen’ button is pressed for a second time; assuming you may need a little extra time to understand what was said.

While these miniscule moments of interaction may be negligible on their own, when added together they can make a huge impact on the user’s mood and opinion – and in our own experience at Box UK we’ve found that the best microinteractions we’ve added to our designs are those suggested by participants during usability testing studies.

There are a number of interesting design trends to look forward to in 2018:

It’s no surprise that voice interfaces are being touted as the next hot trend, as technologies such as Apple’s Siri, Google’s Home Mini, and Amazon’s Echo and Echo Dot become an increasingly common fixture in people’s homes and lives. Their influence can be seen at all levels of interaction, from using Siri to set up a meeting or read a text message while on the move through to the Google Home Mini bringing to life ‘Moz the Monster’, the star of the 2017 John Lewis Christmas advert.

It’s been something of a rollercoaster ride for Adobe in recent years, who have gone from holding the torch as the preferred design tool for industry professionals to battling it out with relative newcomer Sketch. However, while Sketch has held the lead for a while now, it may face a new challenge in 2018 as InVision Studio looks poised to take the crown – providing designers with the ability to design, collaborate and rapidly prototype within a single application.

In a similar story to Adobe, Apple has been at the front of smartphone innovation for the better part of 10 years, but recently we’ve seen a decrease in the actual ‘features’ they have released as part of their technology updates. This became particularly pronounced with the launch of the iPhone X in November this year, which has seen Apple receive a slew of negative comments from users who see it as a step backwards.

The iPhone X’s Face ID, for example, has been criticised as less secure than previous unlocking technologies, while the shell Apple claimed was incredibly tough premium tempered glass has been found to be not so tough after all. And with a price tag of £999, even Apple advocates may consider this a little steep for the amount of tech they get. All of which begs the question: can Apple maintain its design dominance in 2018 and beyond?

During her time at Box UK, Senior Marketing Executive Emma Willis has supported the planning and execution of a diverse range of cross-channel campaigns. Writing compelling, informative copy designed to maximise engagement, Emma has developed an impressive portfolio of content covering a wide variety of digital marketing and technology-focused topics.